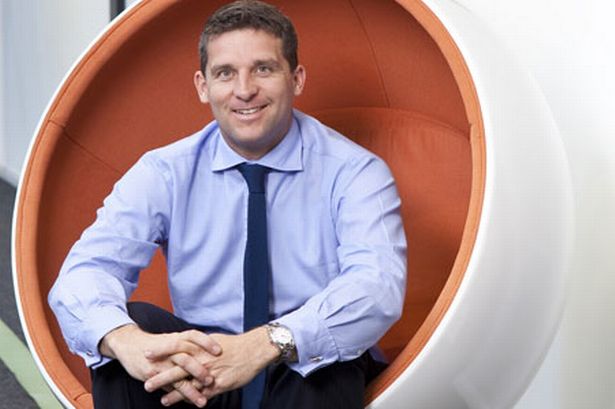 15 years ago, I visited Thorn Cross, a prison near Warrington. I was there to set up a conference that was taking place the following week. Matt, the inmate who showed me round was so impressive I gave him my business card with the promise that if he gave me a ring when he got out I would find him a job. It was his mum that rang and Matt is still with us running one of our shops.

Meeting Matt made me think and led me to learn more about people leaving prison. 61% of prisoners reoffend within 2 years of their release, a figure that drops to 19% for those that have a job. It set me on a mission, especially when I discovered that no major business was actively recruiting from prisons.

It took at least 10 years to work out how to make it work. Initially we made some mistakes, trying to work miracles by employing ex-offenders who were too bad to turn round or affected by mental health and drug problems we weren’t equipped to handle.  With some success, we opened two workshops, in Liverpool Prison and Wandsworth, but in retrospect we would have made our life easier by training inmates in open prisons where they are within 18 months of release.

Our biggest success has been employing prisoners while they are still serving the last few months of their sentence. Every day about 40 Timpson colleagues leave prison in the morning, do a full day’s work, then go back to prison. For most, that is the start of a very successful career.

At first I was apprehensive about the reaction of both our colleagues and customers. I needn’t have bothered. We have found that for a lot of people their sentence really starts when they leave prison. That is when they discover that their family ties have been broken, they have nowhere to live and can’t borrow money. The company can help with some of those problems but the real practical and moral support has been provided by their colleagues at work.

I was also wrong about our customers. Instead of disapproving of a company that employs ex-offenders it is now the main reason the public give for admiring our business.

15 years after I met Matt in Thorn Cross we currently employ 500 colleagues who have been recruited from prison (about 10% of our payroll) several have been with us for well over 5 years and many have already been promoted to become middle and senior managers. Compared with the national statistic that shows 61% of prison leavers reoffend within 2 years our experience is less than 3%.

It wouldn’t have happened if I hadn’t believed it was the right thing to do, but I have also relied on positive support throughout the company, particularly from Darren who masterminds the project on my behalf.

I hope our experience will encourage lots more companies to do the same.

HACRO thanks James Timpson for his permission to publish this article.