HACRO has been part of the Building Better Opportunities (BBO) project since October 2016. Jointly funded by the National Lottery Community Fund and the European Social Fund, BBO is managed by Herts County Council. Project Strive is part of the programme which deals with the barriers that stop disadvantaged adults getting into work and HACRO deals with those participants who have criminal records. HACRO has signed up 115 participants – 49 of them in 2019-20. Many are prolific offenders, often with substance abuse problems. Just over half of the year’s sign-ups (29) have never had a job. Each participant’s issues are different, and there may be a number of problems to solve just getting signed on to benefits: getting a birth certificate; sorting out a National Insurance number; finding a correspondence address and getting a phone number so that they can be contacted. Then we can move on to the real business of where to sleep, how to get up in time, how to work in a team, what an employer might expect, how to deal with disclosure of convictions. It’s a long list, and some participants have multiple or even all of these issues to resolve. With a mix of one to one support, training and job taster sessions as well as volunteering activities – and a lot of belief from HACRO’s mentors – much can be achieved. Six participants moved into
employment during the year, a further nine went on to some form of education, and four who were previously economically inactive moved into active job search. 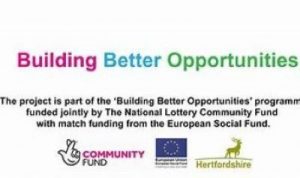